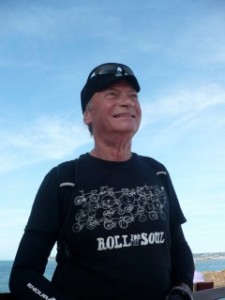 This blog is for and about people, specifically people who ride bikes. My aim is to provide a forum where people can put their views, and agree or disagree in a constructive way with my opinions and those of others who comment.

People drive, people walk, people use public Transport and people ride bikes. Many, including myself, do all of these.  Through this blog I want to promote understanding, tolerance and awareness in our streets and on our roads, in people who use them.

I will also report on local cycling issues and political decisions that affect people riding bikes.  In particular activity in Westminster, where cycling seems to rising up the agenda.

My view is that the weakest and most vulnerable should be protected from those in stronger positions and likely to do more damage.  Blame should automatically be placed in law on the person on a bike or diving a vehicle who injures a walker.  Similarly blame should automatically fall on a driver who injures a person on a bike.  This should apply on ordinary roads and on shared path/space.

It cannot be right for drivers who knock down cyclists to plead as a defence that they did not see the cyclists.

I will promote responsible cycling, an activity with so many positive outcomes that it should be a top priority and infrastructure provided that encourages all people who want to cycle to be able to do so.

The simple pleasure of being independent and being able to travel safely through your own efforts, improving fitness and health, easing congestion, reducing dangerous pollution and addressing climate change are all benefits from riding a bike. It is one of the few activities that has no negative affects.

In the “Wheels4 All” project which I will also report on, there is even a bike where a wheelchair can fit at the front, enabling a carer to propel a person in his/her own wheel chair in the open air at a speed in excess of normal walking pace, which can only otherwise be obtained in a motor vehicle.

I think this and many other adaptations of the bicycle illustrates both the versatility and inclusiveness of riding bikes.