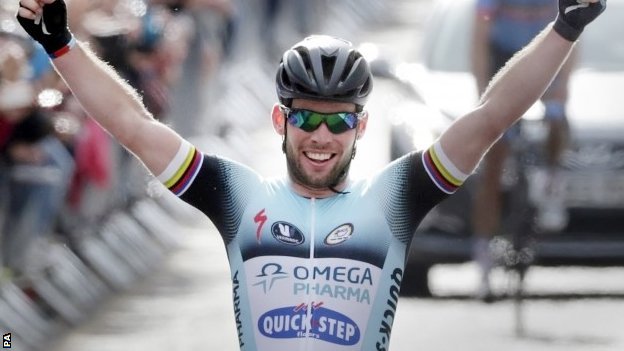 Tour of Britain announces biggest ever field for 10th anniversary

Tour of Britain organisers say this year’s event will feature its biggest ever field, with 114 riders from 19 teams competing.

Omega Pharma-Quick Step and Tour de France winners Team Sky are among the five Pro teams who will take part.

The eight-day race starts in Peebles, Scotland, on 15 September and ends in London.

The provisional rider line-up for all 19 teams will be announced later this month.

Movistar, Garmin Sharp and Cannondale are the other three Pro teams involved in the race, which is celebrating its 10th anniversary.

Britain’s six UCI-registered domestic teams will also take part, along with a Great Britain national team made up of young riders.

Race director Mick Bennett said: “This year’s Tour of Britain will have a world-class line-up bringing a number of international stars to race on British roads, while at the same time allowing our top domestic teams and a Great Britain squad to race on the biggest stage possible for them.

“The make-up of teams will provide another exciting and unpredictable Tour from a racing perspective, whether you are watching at the roadside or at home on the live television coverage.”

The 2013 edition of the race will start in the Scottish Borders and visit the Lake District, Snowdonia and Devon before the finish in London, with 10 circuits around the capital before finishing on Whitehall.

In 2012, which was the race’s previous biggest event with 17 teams, Jonathan Tiernan-Locke became Britain’s first winner of the modern Tour.