When I mention contraflows to non cyclists in the UK, I often get comments such as “that’s very dangerous” or “why do anything so silly”. In a country where highways engineers’ first thoughts on traffic control are barriers and traffic lights, there seems to be a reluctance to make any sort of change in terms of our road use. Automatic rejection seems to be the default position for suggested change. Even though contraflows are ever present in continental Europe, with the red circle/horizontal white line no entry sign and “except bicycles” written underneath the sign, bicycle contraflows are rare in the UK. 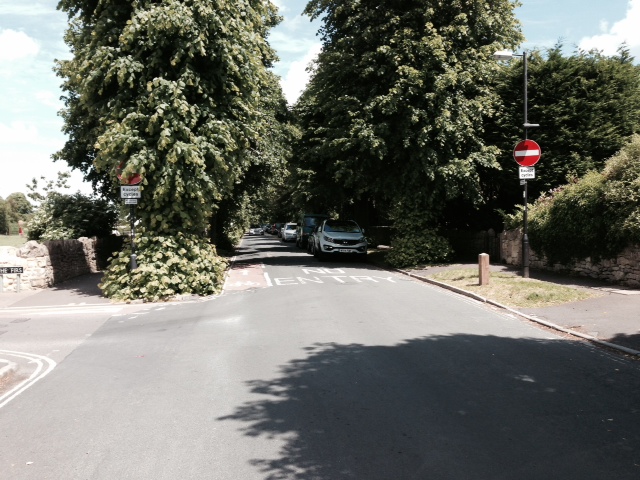 Cycle Contraflow in The Avenue, Combe Down

So why don’t we have more contraflows and adopt these signs here in the UK? Well we do in some places, but they are by no means widespread. In my opinion many more one way streets could have contra flows. Bike riding is used by many people as a way of getting close to where they want to go by the shortest possible route. If we want to encourage more people to use bikes as a means of everyday transport, we have to bear these two issues in mind and provide for them where we can. There are many more cycle stands around in most cities now, so that people can lock their bikes close to their destination. No searching for a parking space costing at least £1 per hour! However in many areas people riding bikes are still expected to follow tortuous round the houses one way systems designed for motor vehicles. 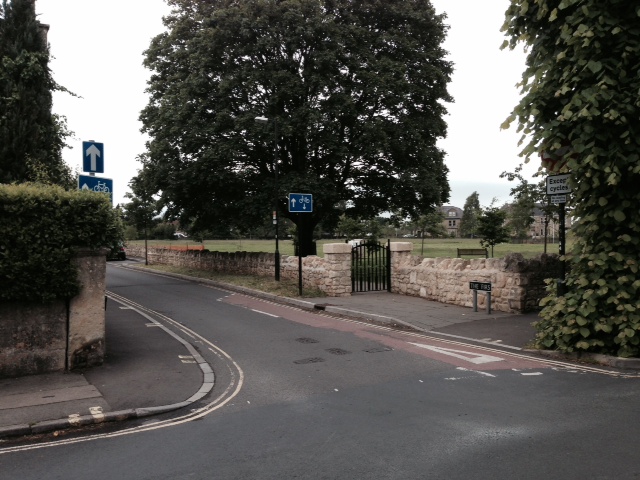 Cycle Contraflow on The Firs, Combe Down

A few years ago Cllr Cherry Beath and myself spent some of our local issues money on two contra flows for people riding bikes, one in The Avenue and the other in The Firs. All that was needed was a few signs and some coloured paint on the road at each end of the contra flows. These local village roads are not very busy. The contra flows were cheap and easy to implement. They fitted well with our efforts to slow Combe Down Traffic (when drivers see a bike approaching them from the opposite direction they tend to slow down), remove the need to ride on pavements and provide a more direct route around Combe Down for people on bikes. The contra flows have been working well.

Through the West of England Partnership the Council won a bid for money to put in contra flows in the Seven Dials area of Bath, where there is already a contraflow though Cheap Street and Westgate Street. Contraflows can also be seen in James Street West, along by the City of Bath College and at the bottom of Wellsway next to the Devonshire Arms.

This entry was posted in Uncategorized. Bookmark the permalink.