Cycling Investment to keep GB at the top 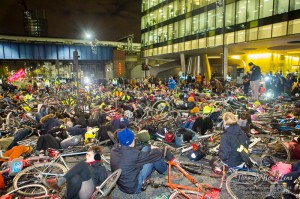 The revolution in cycling will continue, or will it?  The success of Team GB on the track and Team Sky has faltered this year.  Only four Brits started the Tour de France, owing to non selection and injury. Yet the success of the Grand Depart in Yorkshire, with crowds even exceeding those in France suggests that cycling’s biggest event is getting more support in this country than ever before.  What is not clear is for how long will this support continue to translate to more people getting on bikes.  Does the cycling revolution depend on International success?

In Glasgow where the Commonwealth Games are being held at present, Australia appear to be the top cycling country, despite the return to the track of Sir Bradley Wiggins.  Certainly male homegrown cyclists are not having the same success as over the last 10 years.  Our women cyclists are still probably the best on the track.

Obviously success in International competition is great for stimulating interest, but if the first time a new cyclist gets on a bike and rides on our terrifying roads with equally terrifying drivers with “attitude”, his/her interest in riding a bike is likely to wane.

Glasgow is a case in point.  In a city holding the Commonwealth Games with a new velodrome, named after Britain’s top track cyclist, Sir Chris Hoy, journeys by bike, in a city where residents have the lowest life expectancy in the UK, are at 1%. (Cycling Weekly 24/7).

In many cities cycling to commute to work is low and predicted to get lower.  So it seems despite all the cycling events that get Brits out to watch and join in, more needs to be done in terms of encouraging people to get on their bikes, which in turn is important in development of elite cycling. 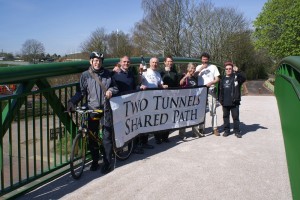 We have some superb off road facilities.  In Bath the Two Tunnels Greenway and the Bath/Bristol Railway Path are two of the best and form part of the National Cycle network.

Come off these paths and on to roads where there is no protection for people riding bikes and people wonder whether it is worth riding.  Many of the off road paths do cater for commuters, but they are mostly designed for leisure use.  There can be conflict between leisure users and the person intent on getting to work on time.

It is on our roads that investment is needed to give more space for people on bikes and for people who would ride bikes to work if it was safer and more pleasant.  London is leading the way here and at last has got the message that blue paint is not sufficient protection for people on bikes.

Highways engineers have traditionally built roads only for motor vehicles.  This must change with engineers providing space for protected bike lanes on our roads.  This should be easy on new roads, but often it is not even considered, so retro-fitting lanes into existing roads is even more unlikely.

MPs on the House of Commons Transport Select Committee have published a report calling for a £10 per head cycling budget now.  It is estimated that at present the average spend is at £2 per head.

In Bath and North East Somerset that would mean about £1.67m per year.  I would propose that here in B&NES we allocate at least 10% of the Highways capital and repairs budgets (£11m) giving a starting amount of £1.1m per year.

We could identify the main commuter routes and then allocate protected cycle space, perhaps combined with bus lanes and use ‘armadillos’ to mark out the cycle lanes. Not all could be done at once, but a programme could be put together for say 5 years.  Budget allocation would make it possible to design over a longer term and also to lever money in from other sources.

Until proper finance is in place for everyday cycling any prolonged domination of the sport at the highest level cannot be guaranteed.